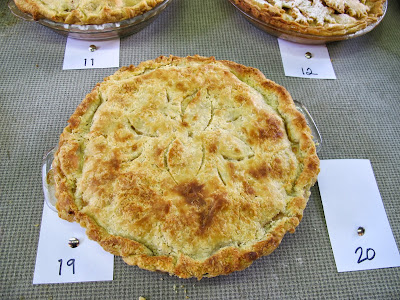 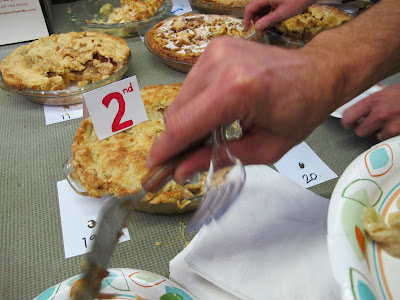 We entered our first ever Apple Pie Contest.  We entered the famous Montgomery Orchards/Farm Stand pie contest which is in its 9th year!  We admit that as much as we love to cook we are not apple pie pro's, in fact we really never gave the gazillions of variety much thought until this contest.  I will say that tasting apples is a bit like tasting wine, its complicated!  In the course of this contest we have fallen head over heals in love with the different variety of apples that Montgomery Orchards grows.  They are truly apple-growing-artists.  We actually selected Gianni's apples because not only was their taste worthy of a bedroom expression but they named it "Starry Night".  They said the name was inspired because at night this apple shown like a little star on its tree.  Isn't that just so poetic!

So at the very last minute an hour before the contest was to begin, we both put our pies in to the oven-no practice run-but hey this was supposed to be fun and we had client meetings in the morning. 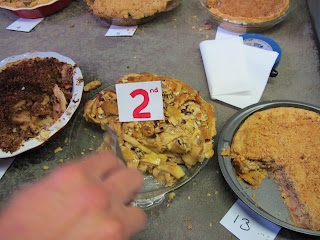 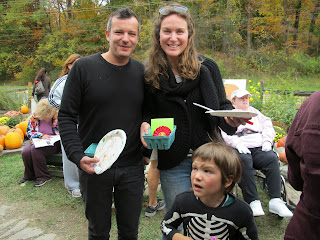 Next year we have big plans for our pies and we hope to be blue ribbon winners.  What a fun contest and what wonderful inspiring pies. 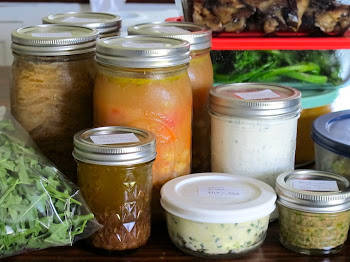 Let Farm Table fill your fridge with freshly prepared meals, visit our website to view this weeks menu. Click on the image to be directed. 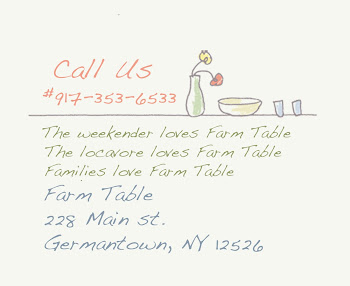